Hey everyone, this is the first post on the Splitty Robot dev log! I’m starting this thing both to keep people updated and to keep up my own momentum working on the game. Weekly updates were the most common request on the twitter poll so I will be trying to hit a weekly rhythm with this dev log.

The layout is pretty basic right now – I will probably be tweaking it here and there going forward.

What am I working on right now?

There are a lot of gameplay ideas I have that are difficult to implement given the way the code is today. For example, it would be cool to be able to do things like:

The more interactions you can have between the player and other mechanisms, the more interesting the levels and puzzles can be.

Unfortunately, due to the way the game needs to “feel,” using an off the shelf physics engine to handle these things is not really feasible. Splitty Robot relies on very precise and deterministic movement that would be difficult to achieve with these packages, based on my experience, at least.

I am working on a little sandbox program – outside the main game engine – to test some possible solutions. The sandbox is sort of a hybrid between a mini scene editor and a step-by-step simulation program, so you can lay out some objects, mark one as moving in a particular direction, and then step through and see how the movement shakes out. 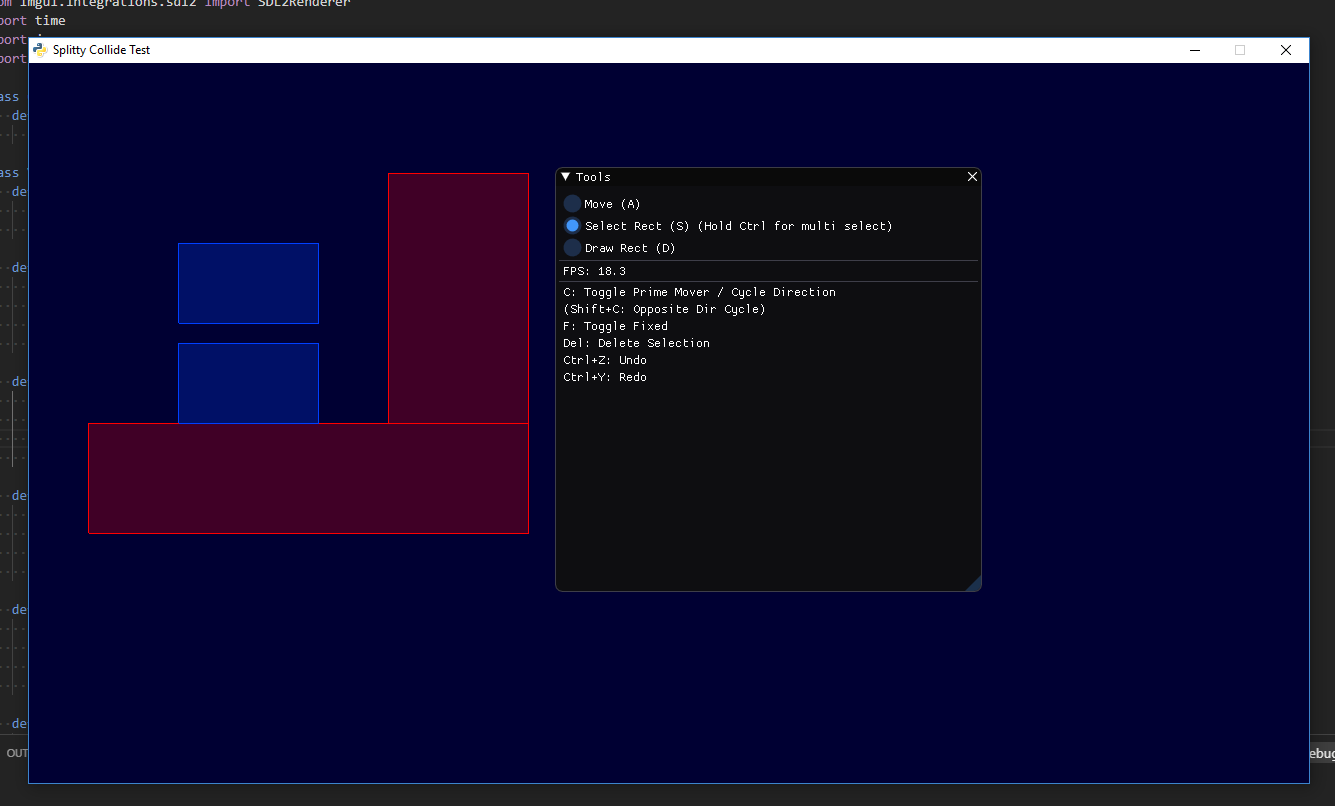 At the moment it’s just a simple one-file Python program using PySDL2/PyOpenGL/dear imgui, but I’m hoping that it will prove to be a testbed that allows me to rapidly lay out potential test cases and see if the algorithm is operating properly. All of this could theoretically be done in the actual game code, but I feel like this will be a faster environment to iterate in, especially since it is Python.

Once I have an approach I’m happy with, I can condense it into C++ and get it integrated into the real game engine. That is probably worth a blog post in itself once I get it pretty well nailed down.

In addition, I’m pleased to announce that Splitty Robot will be at the Southeast Game Exchange, which is the weekend of August 24-25 in Greenville, South Carolina! If you are in the area, please stop by and say hi!